The Miracle of A Broken Alarm Clock ©
By Mary Cates

This story belongs exclusively to my parents. The story takes place during World War II, in 1944. This is how my mother told it.

After my parents married they lived in Detroit where houses stretched row after row and so close together that neighbors could shake hands through their windows. Tiny backyards lay sandwiched between wire fences, but the closeness felt comforting because everyone shared the war cause. Americans were doing everything they could to help win the battle. They were recycling tin cans, busy working in factories, and growing patches of vegetables in their backyards. These backyard gardens were called “victory gardens”. 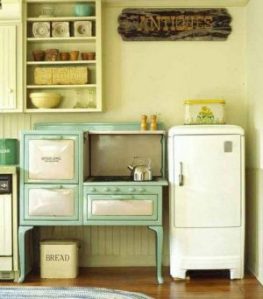 My Mom was never one to swing a hammer, rearrange the furniture, or plumb a clogged sink, but she could cook circles around anyone with whatever she brought home from the neighborhood grocery store — located just two blocks away. Best of all, her “victory garden” was adding new dimensions to her meals.

By late summer there were enough green beans in this patch to consider preserving them for the winter months ahead. Home canning was big business back then. Though my mother had never ventured into canning, she was revved up and ready to try.

She didn’t own a pressure cooker canner, but her spirited enthusiasm would not be dampened. In cookbooks she learned about oven canning. It was a primitive inexpensive method of preserving food, and very dangerous if the process was not followed to the letter.

Today, if it were possible, you would love hearing her tell this story of how joyful she was when the canning day arrived. I can see her now, happily singing  while washing glass jars and snapping green beans. There was not a hint of danger as she worked to complete this project.

It was midnight when she completed the job. The jars were meticulously packed with precious “victory beans”. The lids were screwed down and each jar was placed on the oven shelf.

She lit the gas oven and set the alarm clock next to her bed for the exact time the hot jars would be ready to remove. Exhausted, she slipped into bed next to my father – who, undoubtedly had been snoring for hours.

As the jars heated, the lids sealed instead of remaining open. (In this oven method, the jars are supposed to seal automatically as they cool outside the oven.) Enormous pressure began to build as the temperature heated in each jar. The alarm clock ticked on. My parents continued to sleep – oblivious of the danger that was building in the kitchen.

The hands on the clock reached the given time to release the alarm, but mysteriously it did not sound. Moments later, with a force like dynamite, every jar exploded. The blast sounded like a bomb dropped in the middle of the night by the Nazi enemy. My father jumped out of bed and raced to the kitchen. I’m sure his knees went weak at the sight.

My mother pushed passed him and stepped into the kitchen, her bare feet crunching broken glass underneath. The scene was horrifying. The thrust of the exploding jars was so great that pieces of glass and hunks of green beans were embedded in the walls. Across the kitchen lay the heavy cast iron oven door – blown off its’ hinges.  Had the alarm gone off, my mother would have been in the kitchen, severely hurt or killed. 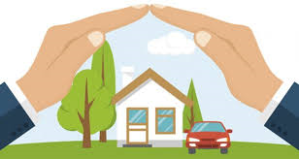 There was a “protecting Hand” that night upon my parent’s house and my mother’s life.

It took days of scraping to get the glass and green beans off the walls and the ceiling. My parents laughed and joked about this event years later, while at the same time acknowledging that it was a miracle of God that stopped the alarm from sounding that night.

4 thoughts on “A True Story”

C. S. Lewis is quoted saying, “We read to know we are not alone.”  I say we read to fill our minds and hearts with the thoughts of others and to explore a world we never knew. Journey with me and enjoy the thoughts and wonder that inspire me to write.

Imagination is the place where we keep the things that cannot be, yet we hope they become reality.